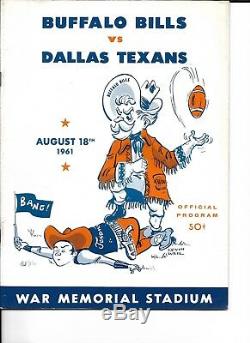 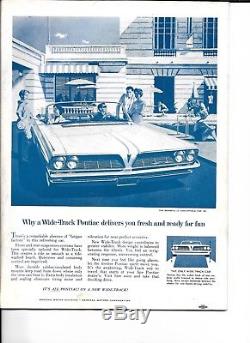 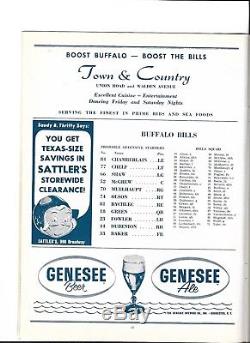 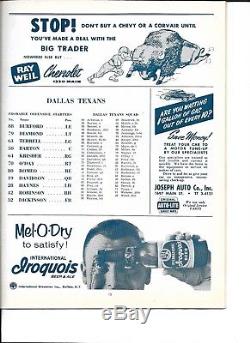 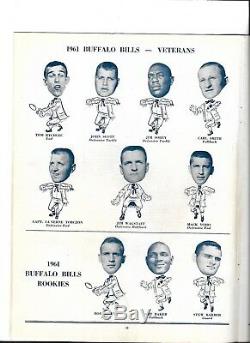 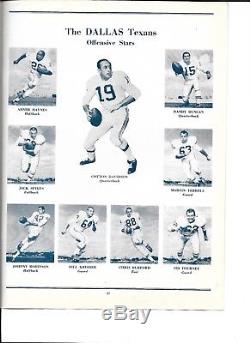 The binding is tight & the program is intact. 1961 Buffalo Bills program - This is a great Bills program from a pre-season meeting against the Texans at War Memorial Stadium. The teams were in the process of prepping for their second AFL season. There are several feature articles by Buffalo sportswriters Larry Felser and Jack Horrigan and a feature on Bills head coach Buster Ramsey. Players on both squads are pictured in the program.

The item "1961 Buffalo Bills-Texans AFL Exhibition Program RARE" is in sale since Sunday, December 17, 2017. This item is in the category "Sports Mem, Cards & Fan Shop\Vintage Sports Memorabilia\Publications\Programs\Football - NFL". The seller is "luvtoken" and is located in Wellesley, Massachusetts. This item can be shipped to United States, Canada.